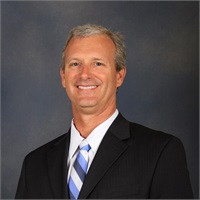 After a decade of practice, Jason realized he could impact doctors through wealth planning rather than as a practitioner and hospital Chief of Staff. He became licensed as a wealth strategist and began taking on doctors as clients. In 2001, he retired from full-time medical practice and started Dyken Wealth Strategies.

Jason has since dedicated his professional career to meeting the financial planning needs of doctors and their families. He works with physicians and dentists to define, simplify, and execute strategies intended to protect their financial future. Jason passionately desires to build long-term trusted relationships on which financial confidence can be built. His structured approach to wealthcare development considers individual vision and need, then fashions customized solutions to support each personal and financial legacy.

Jason’s passion for his clients extends to his community. He is currently serving his third term as city councilman for the City of Gulf Shores, and was appointed as the chairman of the Finance Committee. Jason also serves on the Airport Authority for the Jack Edwards National Airport, as well as the Gulf Coast Healthcare Authority. He has represented the banking and finance sector for the Coastal Resiliency Coalition, an organization instrumental in communities’ recovery from the 2010 Deepwater Horizon oil spill.

Jason and his wife of over 23 years, Dr. Renee Dyken (an orthodontist practicing in Gulf Shores and Mobile), have four children: Jason, Landon, Colton, and Carmon. He enjoys physical activity, water sports, and spending time with his family and friends.