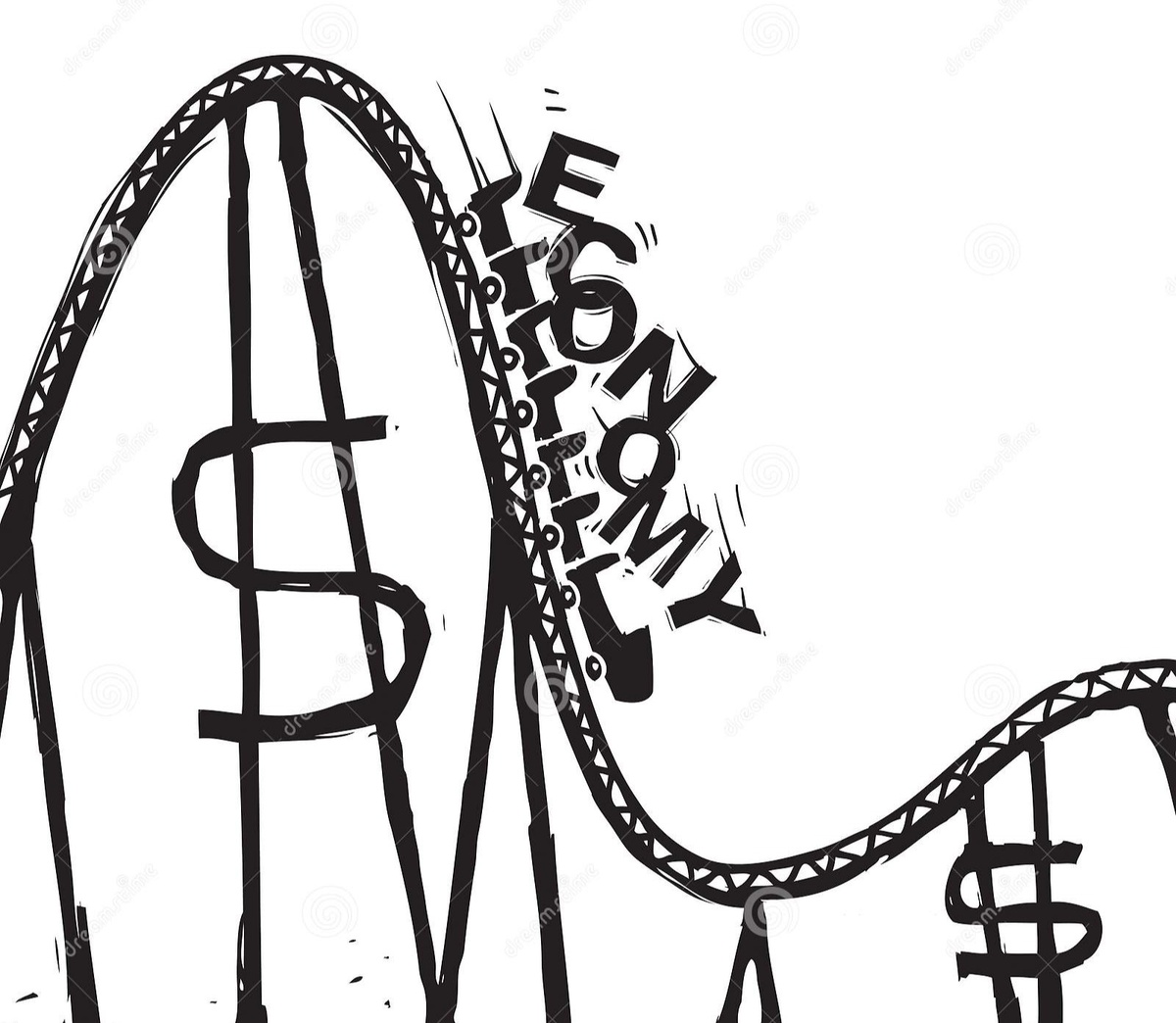 The past few years have been a violent whipsaw of recession and inflation. If the Fed has to pick between the two, which will they choos

This week, the Fed raised the Fed Funds rate by 75 basis points. The last time they slammed the brakes this hard was in 1994. The S&P is down 11% in a single week, and down 24% from its peak in January.

As stocks, bonds, and cryptocurrencies got crushed, gold held steady. When Jerome Powell first broke the news about the rate hike, gold took a dive to $1,808/oz. But, the price quickly recovered and is now trading back above $1,850.

Gold looks to be forming a strong base before making another run at $2,000/oz. Dollar weakness would likely trigger a huge leg up.

In a healthy bond market, you would expect a large gap between interest rates. Long-term yields trade higher than short-term yields. Right now, the 2-year and 5-year are rising much faster than the 10-year and 30-year yields.

The chart below shows previous convergences over the last two decades: just before the Dot com bust of 2000, the housing crash of 2008, and the COVID crash of 2020. Now we’re seeing it again.

“We’re not trying to induce a recession now. Let’s be clear about that.”

Who could have possibly predicted the Chair of the Federal Reserve would utter these words in June of 2022? Merely two years ago, COVID sent the economy into one of the most dramatic tailspins in modern history. GDP declined by 20% from peak to trough. The unemployment rate skyrocketed to a level we hadn’t seen since the Great Depression. The S&P 500 crashed 35% in a single month. Businesses and supply chains crumbled. Tens of millions of people lost their jobs. Optimists were labeled insane.

Only a year later, stocks had already rebounded to all-time highs. Inflation was sitting right around the Fed’s 2% target. Corporate earnings were strong. Jobs were plentiful. The unemployment rate plummeted just as fast as it had risen. Pessimists were labeled insane.

Slowly but surely, the pessimists climbed back to the top. Inflation started to tick higher, reaching decade highs, 20-year highs, 30-year highs, and now 40-year highs. The economy shifted to overdrive, ballooning to epic proportions on the back of five trillion freshly printed dollars. Global trade began tearing at the seams. Fed officials finally gave up their “transitory inflation” hypothesis and committed to slowing the economy at all costs.

What a ride. Anyone following the financial markets over the last two years has experienced a neck-breaking rollercoaster of economic disasters and unprecedented monetary responses to match. We would like to believe the ride is almost over, but we are more likely just getting started.

All of this means the Fed is less powerful than we thought. Or at least less omniscient.

Now, the Fed must put an end to the highly dangerous experiment of ultra-low interest rates and unlimited free money. Powell isn’t alone; the European Central Bank and the Bank of Japan are facing their own monetary nightmares, which are arguably worse than the Fed’s.

The question is, when will the rollercoaster hit another curve? If tight monetary policy inflicts too much damage on the economy, will the Fed capitulate? If so, gold is the big winner.

For the Fed, a recession is a dead horse. Inflation is a runaway horse. The economy is taking a beating, but it still has quite a bit of spirit. Can the Fed tame the horse without killing it? We’ll see.