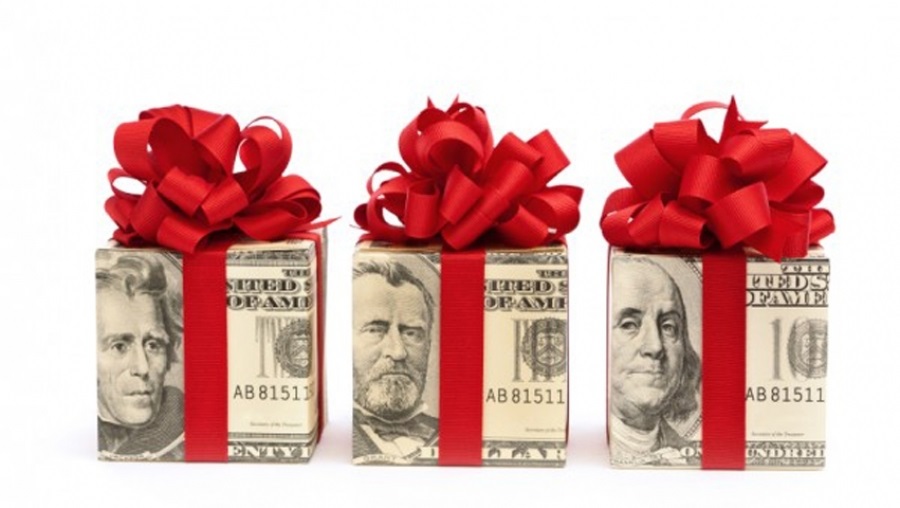 Thoughts on Thursday... Holidays are expensive

With holiday season coming up, I wanted to do research to see how much people spend on the holidays. Between traveling, purchasing gifts, entertaining and so on, Americans are spending over $1000 on the holidays. I found this article by Maggie Tomasek at Alliant and she breaks down what Americans are spending money on and how much. I thought it was really interesting so I wanted to share with you...

"Gifts. Decorations. Travel. There are so many fun things to spend money on this time of year. But just how much are Americans spending this holiday season? Let’s take a look.

Online shopping continues to be a big choice for consumers. Of people who shop online, 48 percent say they will pick up in-store during the holiday season.

(In case you’re wondering what the holiday shopping season includes, it covers all of November and December, including four major holidays: Thanksgiving, Christmas, Hanukkah and Kwanzaa.)

Why are people increasing their holiday spending? Families have a bit more money in their pockets – and have more willingness and ability to spend this holiday season – because of job growth and higher wages. Retailers expect demand to be high, so shoppers are advised to shop early. However, if you’re late to the game and something is out of stock, you’re still in luck. For the 13th year in a row, a majority of consumers say they would prefer gift cards and gift certificates as a present.

PRO TIP: Start looking ahead. Take advantage of after-Christmas sales to grab birthday presents, anniversary gifts, etc. (If you don’t see a sale sign, it doesn’t mean you can’t get a deal. Here are four ways you could save money the next time you shop.)

Based on NRF’s annual consumer spending survey, Americans plan to spend an average of $1,047.83 this year, up 4 percent from last year ($1,007.24). Spending falls into three major categories:

Gathering around the table is, of course, a tradition for many families on Thanksgiving, and that ain’t free, either. In 2018, a “classic” Thanksgiving dinner for 10 people costs about $48.90, according to the American Farm Bureau Federation’s annual informal price survey.

The cost was down for the third year in a row. And that’s mainly because the holiday’s main event – the turkey – was even cheaper. A 16-pound turkey, at $21.71, was down 3 percent from the previous year.

At less than $5 per person for the whole meal, that’s not too shabby. However, the estimate only included the “classic” basics – turkey, bread stuffing, sweet potatoes, rolls with butter, peas, cranberries, veggie tray, pumpkin pie with whipped cream, and coffee and milk – so throwing in special delicacies or alcohol can push that cost much higher.

So we’ve covered the gifts, the decorations and even the food. The remaining big-ticket expenses Americans incur during the holiday season are all travel-related.

In fact, according to the U.S. Travel Association, the top leisure activity for U.S. domestic travelers is – surprise! – visiting relatives. The recent statistics released by AAA echo that sentiment, stating that a whopping 55 million Americans are traveling home this Thanksgiving – the second-highest Thanksgiving travel volume since they began tracking in 2000.

Of those travelers, 49.3 million are expected to drive, 4.45 million fly, and the remaining 1.49 million will travel on cruises, buses and trains.

Gas prices are not keeping people from visiting their families. The current national average is $2.61 for a regular gallon of gas. That’s actually 7 cents less than the average price a year ago.

Many travelers will take advantage of some extra time off and turn their holiday travel into a true vacation. Where are people headed? The top destinations are Orlando, New York City, Anaheim, Las Vegas and Honolulu."