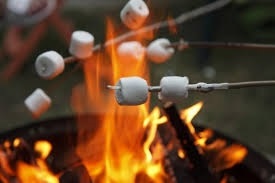 If your fall bucket list includes carving jack-o’-lanterns, sipping apple cider, and toasting s’mores over a bonfire, you’re in good company. But when you stop to think about it, many of our autumnal traditions—like scooping out pumpkin guts, asking strangers for sugar, and wandering aimlessly through cornfields—are pretty bizarre. Here are the reasons behind some of our favorite fall pastimes.