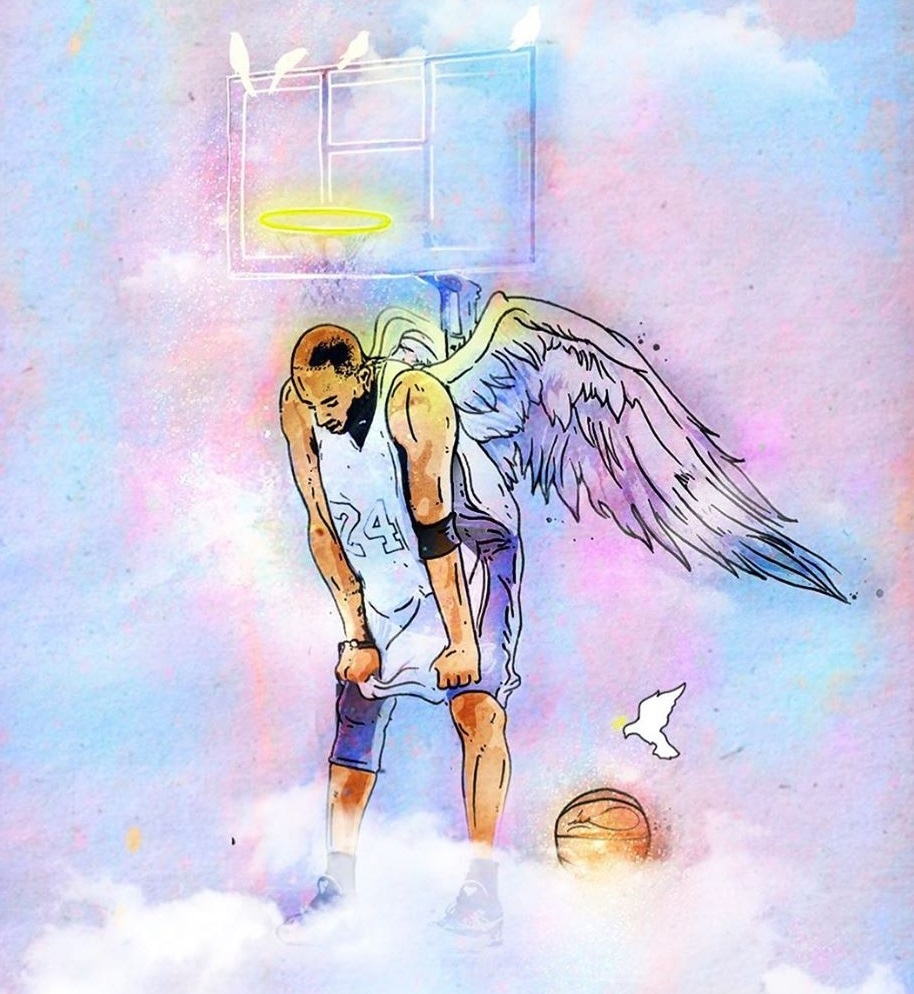 Facts on Friday... Why do we care so much?

I found myself in a slump this week and feeling melancholy over the news of Kobe Bryant's death. I kept asking myself, why am I so upset and care so much that this celebrity that I have never met died? Was it because I can't even fathom what was going through his mind when the helicopter was in distress knowing his 13 year old daughter was sitting next to him? Was it because I am also a wife and a mother and cannot imagine getting that dreaded call or figure out how to go on without my husband and child? I mean, people pass away every day and even though I feel sorry for them or their family, it does not affect me quite like this did. I did some research and apparently I am not crazy and there is actually science behind why we mourn a celebrity.

Most of us know exactly where we were and what we were doing when we learned that a beloved public figure had died. A half-century ago, our parents and grandparents learned about President Kennedy’s death at 2:38 p.m. on November 22, 1963, when Walter Cronkite delivered the devastating news on network television. Decades later, many of us may have been taking a quick Facebook break when we discovered the shocking deaths of legendary musicians like David Bowie, or still-in-their-prime performers like Amy Winehouse. Minutes after the news breaks, our social-media pages are filled with videos of the late musicians’ classic performances, and heartfelt posts and tweets about how deeply saddened we are by the loss.

But most of us never met these people.

We know little more about them than what we see at the theater, hear at their concerts, or read in publicist-orchestrated interviews. So, why are we so saddened? And is this sadness normal?

Grief, or the sadness we feel when we lose someone or something that we're deeply attached to, is perfectly normal. It's so normal, in fact, that psychiatrists long believed that depression was a perfectly appropriate reaction when a loved one died. Much of what we know about grief comes from academic studies and self-help books focused on the loss of a very close loved one, such as a spouse, a child, or even a pet. The death of someone we loved and lived with brings the most profound grief, yet sadness or bouts of introspection can accompany other losses. Homesickness or nostalgia, for instance, can trigger grief-like symptoms. We may yearn for a place or time when we were young, happy, well-loved, and shielded from the harsh realities of adulthood.

It’s not surprising that so many people feel at least a short-term spell of sadness or emptiness when a favorite artist, writer, or political leader dies. These feelings of sadness (if appropriately short-lived) can actually be good for us. Here’s why:

1. It heightens our sense of empathy and understanding for those who are suffering.

Some public figures die peacefully after long and happy lives. Yet many others, especially those who die prematurely, have publicly battled demons that would have been kept secret decades ago. Celebrities aren’t alone in their struggles with illnesses like depression, drug abuse, and alcoholism. When Robin Williams committed suicide in 2015, he was one of an estimated 40 million Americans suffering from depression. Philip Seymour Hoffman was a gifted and versatile actor at the peak of his career when he died at age 46 in 2014. He was also one of more than 8,200 people who died of a heroin overdose that year. The deaths of beloved performers like 31-year-old Corey Monteith of Glee and 65-year-old vocalist Natalie Cole put a face on drug and alcohol addiction. Although medical professionals recognize that addiction is a disease, many Americans still view it as a moral failing. One recent study found that only 22 percent of people would be willing to work with a person who had a drug addiction, and nearly three-quarters thought employers had a right to deny jobs to those who have a drug addiction. Celebrity deaths may help us to better understand addictions, and heighten our empathy for those suffering from them. The deaths of public figures also may be the first time we hear of a particular disease, or learn new things about a disease’s course and cause. While deaths from lung cancer historically have garnered little sympathy because observers may believe that many smokers "cause" their own death, some high-visibility deaths have shown us the randomness and cruelty of cancer. Dana Reeve, the young widow of actor Christopher Reeve, died of lung cancer despite never having smoked. Beastie Boy Adam Yauch followed a vegan diet yet succumbed to cancer at age 47. Although maintaining a healthy lifestyle can dramatically reduce our risks of cancer, diabetes, and other life-threatening diseases, there’s still a large random element that we just need to accept.

2. Our feelings can provide clues as to what’s missing from our lives.

Very few of us kept company with David Bowie, Whitney Houston, or Glenn Frey. But news of their deaths may transport us back to a place and time when their music was a source of comfort or affirmation. Scientists have documented that music triggers brain activity associated with memory. When artists with decades-long careers like Bowie, Houston, or Michael Jackson die, they take a little piece of our pasts with them. Hearing “Let’s Dance” or “Thriller” may take us back to a high-school party, a first date, or a college dorm room—a time and place before the pressures of work, marriage, kids, and bills dampened our youthful optimism. These moments of bittersweet nostalgia can be opportunities to assess what’s working in our lives. A brief musical trip back to our adolescent or young-adult years may help us to figure out what we wanted for our lives when we were young, what we’ve achieved, and which dreams we’ve given up on. These thought exercises may help us identify what’s important to us, and figure out ways to reintroduce some long-lost passions, goals, and dreams into our adult lives.

3. Collective mourning connects us to a larger community.

Collective mourning, such as attending a candlelight vigil, or weighing in on a friend’s heartbroken Facebook commentary about Alan Rickman’s touching portrayals, helps connect us to others in meaningful ways. Discovering a shared fondness for a particular film or song brings us closer to others, because our cultural tastes often reflect our values and worldviews. Collective mourning reminds us that we’re part of a particular generation, whether Baby Boomers, Gen X, or Millennials, and helps us to celebrate the cultural touchstones that define us. Very few of us take the time to ponder or discuss profound issues like, What is a life well-lived? What imprint do we want to leave on the world? What do you fear most about your own death? When so many Americans lead busy lives with precious little time for personal connection or conversations about meaningful issues, the exchanges (even if brief) triggered by celebrity deaths might help people realize that they’re a part of something bigger and more profound than themselves.

Most important, celebrity deaths teach us that everyone will die someday, and neither fame nor wealth nor talent shields us from that inevitability. Ideally, that recognition of life’s finiteness will help us to pursue healthy, mindful lives, and appreciate what we have before it’s gone.