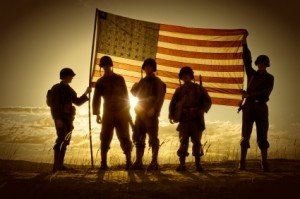 Facts on Friday - Did you know this about Veterans Day?

Before I start this post, I want to say from the bottom of our hearts, THANK YOU to all of the Veterans who have served and who continue to serve for your sacrifice and bravery. I hope there is not a day that goes by where you go unnoticed for the things you have endured for our country.

With that being said, here are some fun facts some of you might not have known about Veterans Day.