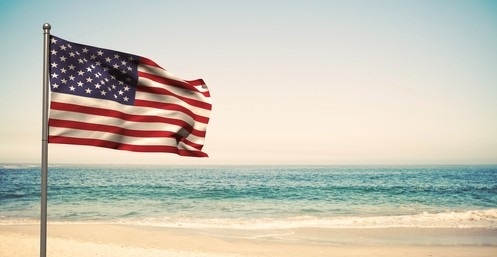 Facts on Friday - Did you know this about Memorial Day?

6 Interesting Facts About Memorial Day You May Not Know

Including why it's important and the true meaning of the holiday.

To many people, Memorial Day is best known as the unofficial start to summer in America. Celebrated on the last Monday of May each year, the holiday is a time for dressing in patriotic colors, grilling food on the barbecue, and splashing around at pool parties — and, of course, for indulging in a day off work. And while those festivities make for joyful celebrations, the holiday’s history is rooted in much more solemn traditions. Here are the facts about Memorial Day, including its post-war origin and the way it has evolved over the last 150 years to become the season-marking patriotic celebration it is today.

The holiday started after the Civil War.

By the time the Civil War ended in the spring of 1865, it had claimed so many soldiers’ lives — a devastating 620,000, the most of any conflict in American history — that it necessitated the establishment of the country’s first national cemeteries, according to History.com. Within about a decade's time, Americans across multiple locations had started to hold rituals each spring as a way to honor the lost soldiers, by decorating their graves.

But its significance changed over time.

Its origins after the Civil War make Memorial Day about 150 years old — but it has morphed over time. After World War I, the day expanded to include the tradition of honoring all who have died in all American wars. And it wasn’t until 1971 that Memorial Day’s modern history was really defined: That’s when it became a national holiday by an act of Congress passed three years earlier (known as the Uniform Monday Holiday Act) and its observation was sealed as the last Monday in May.

It was originally known as Decoration Day. That’s because it was originally celebrated by decorating the graves of soldiers who lost their lives — with such items as flowers and flags. Some still celebrate the same way, although the name evolved over the years.

While it’s not precisely clear where this tradition originated, many locations claim to be the first celebrants.

Some records indicate that one of the first such spring rituals took place in Charleston, South Carolina less than a month after the war ended.

VA.gov also cites Columbus, Mississippi as an early location of celebrations, when a group of women visited a cemetery to decorate graves in 1866.

The state’s site also notes that more than two dozen locations in both the north and the south — including both Macon and Columbus, Georgia; Richmond, Virginia; Boalsburg, Pennsylvania; and more — all claim to have hosted the first Memorial Day traditions.

But in 1966, the federal government headed by Lyndon Johnson proclaimed Waterloo, New York as the holiday’s official birthplace. It was there, a century earlier, that a celebration to honor Civil War vets first took place and went on to become an annual tradition.

There’s a reason the holiday falls in May: flowers.

In May 1868 — three years following the end of the Civil War — Maj. Gen. John A. Logan (who was the head of the Grand Army of the Republic, an organization of Union vets) declared that the holiday should be observed at the end of May. He chose the date in part because it didn’t fall on the same day as the anniversary of any particular battle. But it’s also thought that he chose that date because flowers would be blooming all around America. So the blooms would be abundantly available for decorating soldiers’ graves, according to VA.gov.

Federal guidelines indicate that flags on the holiday be flown at half staff — but only until noon, according to VA.gov. That’s when they should be swiftly raised to the top of the pole until sunset, as part of the time-honored tradition of paying tribute to America’s fallen soldiers.

There is also an official time to remember the lost each year on Memorial Day: The official National Moment of Remembrance takes place at 3 p.m. local time around the country.